MIG vs TIG: Understanding the Different Types of Welding

Often, beginner welders are confused by the variety of types of welding and products out there. In particular, new welders have trouble wrapping their heads around the difference between MIG and TIG welding.

Luckily though, this isn’t as complicated as it sounds.

Today, we’ll cover everything you need to know about both of the main types of welding. We’ll start with what each of these actually are, before moving on to when each of them is commonly used.

Finally, we’ll explore some common myths about MIG and TIG welding to separate the truth from the lies.

What is the Difference Between MIG and TIG Welding?

To understand the basic differences between TIG welding and MIG welding, it’s best to start with a clear definition of each:

Beyond basic definitions, there are a few broad differences between the two types of welding, especially with regards to how and when they’re used. For example, MIG welding is generally a faster and cheaper process, making it great for high-volume production lines.

By contrast, TIG welding is often preferred for high quality welding, such as aerospace, due to its focus on quality rather than quantity. It is ideal for thin sheet materials, especially nonferrous metals.

Of course, these aren’t hard and fast rules. Let’s take a look at when TIG and MIG welds are typically employed.

While broad generalisations are possible, in reality, both types of welding are used in a wide variety of contexts. To get a better grasp of how and when to use MIG and TIG welding, let’s take a look at each of their applications in turn.

When is MIG Welding Used?

About 50% of all welding around the world is done using metal inert gas (MIG). This is a testament to the flexibility offered by MIG welding. For similar reasons, MIG welding is also popular with non-specialists and hobbyists.

For instance, most mechanics, farmers and other occasional welders prefer MIG welding. Additionally, since MIG welders can also be used gaslessly, they are typically the top choice for those who need a portable welding solution.

However, without a gasless set-up, MIG welding outdoors can be a real challenge. This is because external shielding gas makes MIG welders highly susceptible to wind.

It can also be used with a variety of materials, including mild steel, aluminium and stainless steel, and is easy to use in tight environments.

When is TIG Welding Used?

Tungsten inert gas (TIG) welding can be used for an even greater number of welding surfaces, including nickel alloys, brass and aluminium. This makes it ideal for a range of structural and decorative applications.

It also gives a great combination of clean and strong joins, making it ideal for large-scale applications, where the join is likely to come under a lot of strain. Because of this, TIG welding is the preferred method for joining metals in the aerospace industry.

However, TIG welding also has a number of drawbacks. For one thing, most people would argue that it’s a much more difficult skill to learn. For another, it is a slower process which makes it inappropriate for some applications.

On top of all of that, TIG welding requires the operator to use both hands, as well as one of their feet. For this reason, it’s not much use when it comes to welding in the field, or performing quick repairs on the fly.

Understanding the Different Types of Welding for Beginners

MIG welding is also somewhat cheaper to get into. Remember we said that half of all welding joins are done using MIG welding. Because of this popularity, machines can be found at much lower price points than less common welding methods.

So it might be true that most beginners will have an easier time with MIG welding. However, every rule has its exceptions.

Say you’re a beginner welder who wants to learn to weld on exotic thin material, where TIG welding is more effective. In that case, TIG welding would still be the right option for you.

Similarly, the vast majority of the time, a MIG joint is easier to create than a TIG one. But once again, there are many exceptions to this. For instance, if you’re working with materials that a MIG welder can’t join, then it certainly won’t be easy.

For an experienced welder who does TIG welds every day, switching to a MIG welder would probably not be easier. It may be true that you can pick up MIG welding more quickly, but it remains a different skill.

Switching between the two types of welding will therefore still require adjustment. An experienced operative will know to slow down to maintain welding safety. This is obviously the right thing to do, but it still slows projects down. 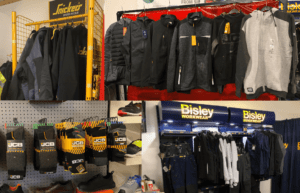 Workwear is an extremely fast-growing market, and there are far too many brands to choose from nowadays. In this article, we have put together some 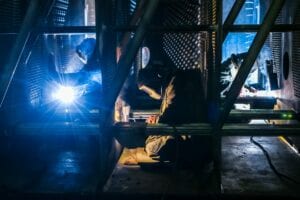 Understanding Who is Responsible for Health and Safety in the Workplace

As we all know, welders face a number of hazards and dangers throughout their working lives. Luckily, most of these can be minimised, if not 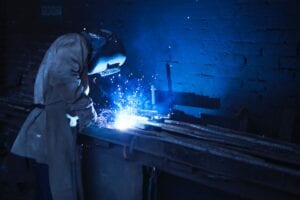 As a professional or hobbyist welder, it’s important to get to grips with a range of different materials. Today, we’ll look at one of the

Want to be kept in the loop?

Keep up to date with us on social media

Why not sign up to our newsletter and receive exclusive product updates and news? Just leave your email address below and we will do the rest!